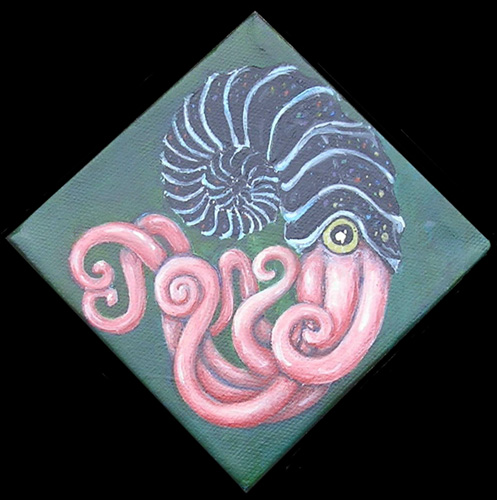 Myky'rra ("Myk" to his friends; his name means the turning motion of a whirlpool - "Spiral", essentially) is a renowned explorer and amateur journalist of the Hellmite clan. He likes to use his pattern changing talents (which in Hellmites extends to their shells - they can communicate two patterns, one on shell and one on their main body, simultaneously) to show others images from his travels.

Myk's favorite places that he has seen include the Holy Trench, the treacherous Ceiling of Ice, and night sky in the air world. The air world is probably the most risky location to which Myk has ventured. He has taken Jee along with him, several times. Myk taught Jee everything he knows about the air world, in an attempt to help keep the excessively curious but very scatterbrained little 'pod safe.

Jee is the younger sibling of Myk's best friend, Icky, and Icky has been kept in the dark about these explorations, seeing as Icky would probably deshell Myk if he found out .