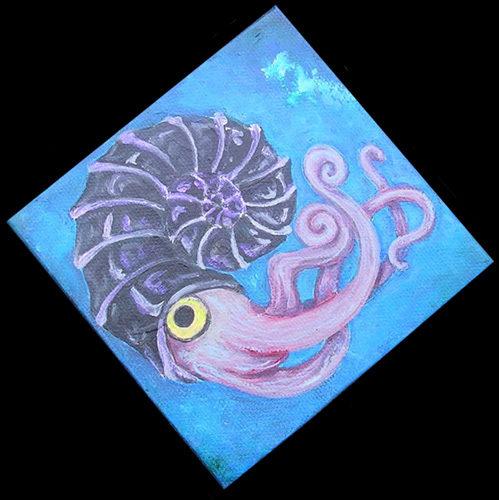 Wiggly Jee is the youngest of the Hellmite clan, allies of the Nautilus clan. Jee is ambivalent about picking their gender (a luxury of being a Hellmite; they are born with underdeveloped organs of both male and female and decide on one set or the other as interests them... Jee somewhat brattily refuses to choose). They also frustrate the elders by going out of the abyssal depths frequently and risking discovery by the air-breathing monsters.