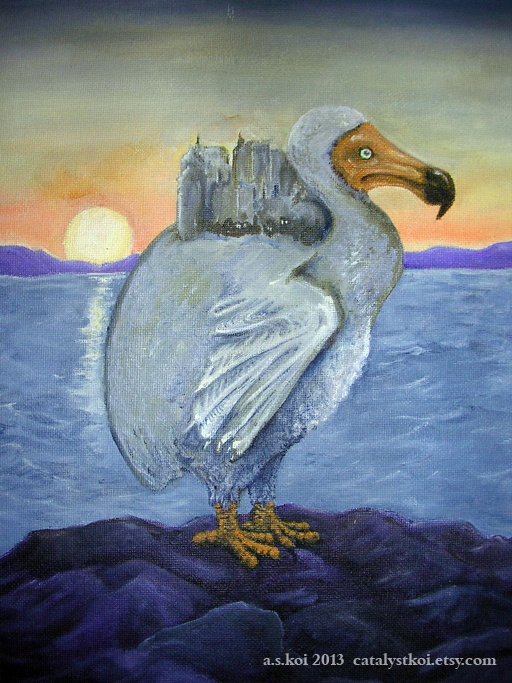 "Archeoaevis Style #7: The Way Things Go", A.S. Koi
Acrylic on canvas, 9x12 inches, 2010
TAC are engineered from macrofauna by elven biogenefarmers. Each carries its own little community around on it.
This series depicts design pitches for the Mobilife Corporation rather than what they usually end up looking like.
This was apparently the designer's attempt at humor, not intended to be publicly shown. It was discovered as he was being rendered redundant at Mobilife and relocated to a mining colony at Salus 4; his explanation? "This model is for humans, do you get it?"