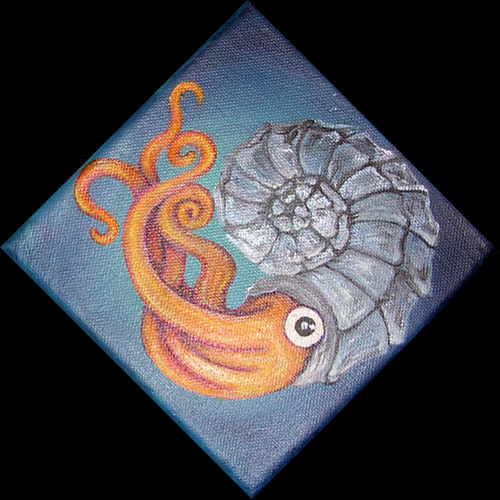 Nearly killed when a shark attack broke his shell, the previous prankster of the Hellmite clan, Benz, sports a shell constructed from the self-replicating alloy, "ylferine". These days, he serves as an instructor and wrangler for the younger Hellmites, doing his best to keep them from straying too far from the Secret Trench.